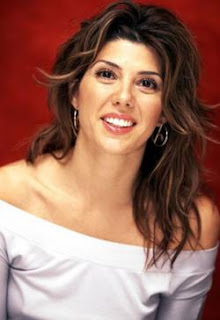 (The following is an excerpt of a profile I wrote for the March issue of Fra Noi. I thought it appropriate to include here on the eve of the Academy Awards, for which Marisa Tomei is nominated -- again -- for a Best Supporting Actress Oscar. I especially feel compelled to reprint my article here after I caught a snippet of Dean Richards' Oscar pre-game show on WGN radio Sunday afternoon. I didn't listen to much of it, because as soon as I turned it on I heard some woman say, "When she gives back the Oscar for 'Vinny and Me (sic) then I'll ..." I then shouted 'F- you, you moron,' then immediately turned the radio off. You get the point. This idiot couldn't even bring herself to say "My Cousin Vinny," let alone give Marisa Tomei, someone obviously is much more talented than the hack who was dissing her on the radio on a Sunday afternoon has, the respect she deserves. So here's my turn on Marisa Tomei and the pretty intriguing career she has put together so far.)
***

It is time to forever remove the word “fluke” or “undeserved” when you talk about the accolades actress Marisa Tomei has earned in her career. A small number of people cling to the urban myth that Tomei wasn’t really the winner of the 1992 Academy Award for Best Supporting Actress for her performance in “My Cousin Vinny,” and a larger group of film snobs just dismiss her performance as Joe Pesci’s girlfriend in that comedy. But any such discussion of Maria Tomei’s acting ability is now a moot point.

Not that her ability as an actress has suddenly emerged in Darren Aronofsky’s gritty 2008 film, “The Wrestler,” for which she has collected an armful of awards and critical acclaim. She displayed just how capable and in control she was of any material she was given way back with “My Cousin Vinny.” Now, some people, even those who welcome her evolution as a “serious” actress may scoff at that film, because it was a comedy or because she and Pesci played caricatures of New York Italian-Americans, or just because they somehow had their cosmopolitan sensibilities rankled by the portrayals or the story in general, but Tomei’s performance in that film was spot-on, her character was funny without becoming some sort of clown and if you dared look past the surface, you would have seen a strong, intelligent, independent woman that Tomei brought to life onscreen. Whether you regard “My Cousin Vinny” as a guilty pleasure or just a pleasure, it is impossible to say that Tomei’s recognition for her work in that film was somehow undeserved.

If you had not been paying attention though, you may not have realized that in the ensuing years between “Vinny” and “The Wrestler,” Marisa Tomei has not settled for the easy, predictable roles, that she has stretched her talents and the image some may have had of her, and that she has consistently earned the well-deserved recognition of her peers and critics with a trail of serious, well-regarded work.

In the course of her career, she has collected some three dozen separate awards and nominations for his work. From her well-received role as Michael Keaton’s wife in 1994’s “The Paper” to a solid performance as a troubled single mother in Nick Cassavetes’ “Unhook the Stars” in 1996 (for which she won a Screen Actors Guild nomination for Best Supporting Actress), Tomei showed early on after “Vinny” that she wasn’t going to fall into anything easy or predictable. Other roles of hers which garnered critical praise include “Welcome to Sarajevo,” and 2001’s “In the Bedroom,” for which she got her second Academy Award nomination.

More recently, she has earned the continued respect of filmgoers and her peers through movies such as “Before the Devil Knows You’re Dead,” “War, Inc.,” and “The Wrestler.”

In “The Wrestler,” Tomei bares all, emotionally and (nearly) physically. Though the movie is the story of a one-time superstar wrestler, played by Mickey Rourke, who, though doctors have warned him that if he continues to wrestle -- in VFW halls, high school gyms, et al -- his life is in danger because of a heart condition, he can’t tear himself away from it because that’s who he is and it’s all he’s got, it wouldn’t be half the film it is without Marisa Tomei’s performance as a stripper whose situation parallels that of the wrestler’s. Tomei is naked in a few scenes, for an extended period of time, in the movie, but her nakedness is hardly gratuitous nor is it prurient in any way. In fact, there are scenes where Tomei is completely naked but what draws you to her is her body language and her face. When she is dancing in a private room for a group of men half her age out on a bachelor’s party and the young men, instead of being turned on by her ridicule her and her 40-something body, or when she is dancing onstage, alone, and she realizes that not one man in the crowd is looking at her, it’s absolutely heart-wrenching to see. In other areas of the film, she brings sweetness, sexiness and strength to her character, which few other actresses likely would be capable of. It’s a world away from her part in “My Cousin Vinny,” but in the heart of both roles there is a truth that Marisa Tomei brings out, honestly and brilliantly.

Director Joe Mantello, who directed her on stage, told the New York Times Tomei had no problem with sharing a dressing room with other actors and on stage, ''she's sort of fearless. 'She never thinks, 'Oh, I'm going to look like a jerk. She doesn't have that kind of ego.”

Much-deserving for a long time of praise for her work as an actress and human being, it’s about time to give her all the credit she deserves.
Posted by james at 4:15 PM 1 comment: Links to this post

Yes, I know it's a week or so after the fact, but here are my notes on the Grammys. I didn't intend to blog about it, hell, I didn't even plan to watch it, but I started to watch after it had begun, and I was hooked. Not that it was great or notable awards presentation - it was infuriating at times -- I actually yelled at the TV a few times, for gross injustices like the absurd amount of awards that Robert Plant got (huh? what decade is this? Now I understand why rappers and others get so upset) but it was great TV. So here's what I thought at the time, written on the pink paper bag that my local card shop put my St. Valentine's Day cards in.

* I want the jacket Kanye West wore. But what was with his Ghostbusters hair?

* What was on Morgan Freeman's hand?

* Is every performance going to be a duet? Or a superstar trio?

* Of all the songs Sir Paul McCartney could sing -- "I Saw Her Standing There?"

* It was cool though to see McCartney cheering on and singing along from his seat for the Four Tops, or rather One Top, Smokey Robinson, Ne-Yo and Jamie Fox.

* Neil Diamond is a freakin' legend. Still, he had a ground-breaking, No. 1 album this past year, and he sings "Sweet Caroline"? Geez.

* Damn, a lot of great musicians died last year. Too bad they were each honored for like three seconds apiece, if that long.
Posted by james at 6:42 PM 2 comments: Links to this post

Commentary, Chicago Sun-Times, Feb. 6, 2009.
"America's food supply has never been safer."
by David Martosko
(David Martosko is the director of research for the Center for Consumer Freedom, which is supported by restaurant and food comapnies.)
Remarkably, Martosko did not even allude to the peanut panic. His column (which should have been a letter to the editor) was a criticism of the organic food movement, which he derided as "misguided activism and food snobbery." In it, he also praised President Obama for not -- so far at least-- caving in to the demands of food snobs and organic activists. He then says it is "time for all of us to recognize the 'food revolution' movement for what it really is: a gourmet coup d'etat."

"Coup d'etat"? Language snob.
Posted by james at 3:35 AM 2 comments: Links to this post 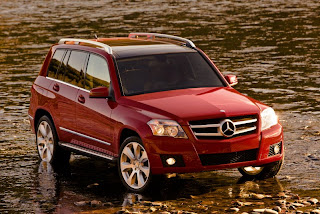 This surely should be the subject of a post sometime in the future when I have more time to devote to the writing and the thinking for it, but the question that has come up recently (like in the past couple years) for me, is, 'My God, what's going on with me? What's happening? What sort of strange transformation is taking place? I'm having these strange, alien, uncontrollable lustful feelings I've not felt for these particular objects of affection before, ever. Does it mean I'm becoming a different person, a la Bill Bixby turning into a green giant Lou Ferrigno?

I speak, here, of what I've been feeling when I look at and think about some ... automobiles. Like the Nissan Rogue, the Pontiac Vibe, the Mercedes GLK, the Landrover, the Mazda 3 and the Lincoln Mark VI (OK, I kid about that last one. It was big among my family when I was growing up and I will use any excuse to use Roman numerals). I am not a 'gearhead.' I don't know what goes on inside the guts of automobiles. I can change a tire, have never changed my own oil (except for that ill-advised Vespa I owned in college, geez, what a mess that was in so many ways) and most importantly, people who have had a close relationship with cars since their youth and know much more about them than me live (in oh, so many ways) in an entirely different world than me, and never, ever, except for when my car needs fixin', will our worlds meet.

Still, I get really, for lack of a better term, turned on by certain cars (such as the above-mentioned models). It's almost a sexual sort of feeling. The zippy, nimble Mazda3 hatchback has a sexy look to it -- look at it from a certain angle and you'd swear it's winking at you. Models such as the Vibe, Toyota Matrix, and small SUVs like the GLK are, well, quite versatile. And living through and dealing with yet another Chicago winter makes one dream of getting in a nice, warm, muscular, welcoming SUV/car crossover like the Rogue or GLK, and seeing that snow pile up gives fuel -- pun intended -- to the thought of how easy it would be to tackle those natural and manmade snow drifts in a tough, yet refined Landrover.

Pictured here is the 2010 Mercedes GLK. It's Benz's new model, their late to the party entry to the small, urban SUV market. And it's sexy as hell.
Posted by james at 11:29 AM 1 comment: Links to this post

The Conservative Soul - Brooks vs. Sullivan

If only more people who dared to call themselves 'conservative' these days could express themselves as intelligently as these two -- in spite of how I may disagree with their conclusions and assertions -- without bumper sticker chanting and shouting and parroting of catchphrases from radio blowhards, I'd listen more to what they say.

Sullivan, though, succinctly and deftly, disproves the belief that George W. Bush (or any in his crowd) was a conservative. He brought no real tax breaks, spent money wildly and left us and future generations with a debt that won't go away for a long time, if ever.

It's good to finally (after 16 years) have some grownups in the White House.

Posted by james at 11:23 AM No comments: Links to this post