On the heels of the reports of Gov. Sarah Palin's $150,000 clothing purchase, courtesy of McCain campaign donors, comes this report from the New York Times; that in the first two weeks of October alone, a makeup artist was paid nearly $23,000 to be on hand for and perform makeup-ing services for Caribou Barbie.
Un-freakin-believable.
But hey, she's just a regular hockey mom, championing the regular Joes and Joe Six Packs and Joe the Plumbers.  If she wasn't already a huge liar, and an altogether joke of a candidate, she'd be the world's greatest hypocrite. Now I know why they were so sensitive to that lipstick on a pig thing.
Posted by james at 1:22 PM No comments: Links to this post

I had an interesting dream last night, the sort that most people would consider a nightmare if they had it, but I took it as meaning that maybe I don't want to leave my line of work just yet.
Some event had happened such as a kid running away or missing or getting killed and I was out and somehow wound up on a city beach (which weirdly looked like the beach in Lake Michigan Beach, Mich.) Now I know it was a dream because I actually got to leave the office, which never happens in real life. There were a handful of folks around, there for a search party or something like that, and there was one cop standing on said beach. He saw me and somehow knew I was a reporter and asked (without saying anything I should add) which one I was there for -- I wondered for just a second, then saw a really fat naked body (white male, bald, if you must know) a little bit away from everyone else, with a thin sheet over him.
I don't know if the fat beached guy was someone people were looking for or what, but I know I felt a thrill upon seeing him, and knowing that no other reporter knew about this guy.
So that's it. I guess I'm not sick of my job yet. Dreaming about dead people and not getting bothered by it doesn't make me a sick person, though (but maybe saying out loud that I hope someone dies from a fire or accident in a certain suburb where the 'spokesperson' doesn't live up to her job title because that's the only way anyone would get any information on said horrible incident just might make me a sicko. That's what Hildy Johnson was talking about.)
Posted by james at 1:45 AM No comments: Links to this post

Posted by james at 11:24 PM No comments: Links to this post

R & B singer Dee Dee Warwick, a talented woman and older sister of Dionne Warwick, who never quite reached the pinnacle of fame that Dionne or others of her time did, died this past weekend at her home in New Jersey. She was 63 years old. Her sister was at her side when she died.

What makes sad news such as this sadder for me is that I only recently, within the last week or so, "discovered" Dee Dee Warwick, through music blogs and itunes. I had put a handful of her songs, such as "Rescue Me," "I'm Gonna Make You Love Me," and "I Haven't Got Anything Better to Do," in my itunes "Wish List," to purchase later. Needless to say, I've hit the "BUY SONG" button on a few of these songs today after reading about her passing.

Dee Dee Warwick was a two-time Grammy winner and her version of "I'm Gonna Make You Love Me" came out before the more well-known version that was covered by Diana Ross and the Supremes.From reading her bios and notes on itunes and elsewhere, she didn't reach the heights of fame not because she didn't have the talent, but she could have used some better songwriters,musicians and marketing. Just listen to something like "Yours Until Tomorrow," though, which is a low-key plea to someone who could be a one-night stand, to just hang around until the morning ("Give me one night of your life, just be mine until dawn") or "I Haven't Got Anything Better to Do," in which she sings that she could care less about someone she was in love with, but she keeps thinking about him, because she hasn't "got anything better to do." The sometimes gritty, unpolished nature of her music makes it even more forceful.

I'll admit her voice isn't as silky smooth as others who sang the same type of songs, and it's tough to find really good-sounding versions of her songs because most were originally recorded in the 1960s, but you should, especially if you like soul music and girl groups and the kind of stuff that Dave Roberts plays at the Holiday Club on Thursday nights, check her music out. You'll be the better for it, as will your music collection.
Posted by james at 11:54 AM No comments: Links to this post 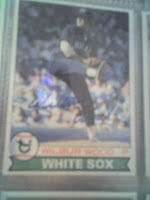 Of all the news of the past five days or so during my self-imposed news exile, one of the few pieces of 'news' that I managed to hear in its entirety was that Ringo Starr has pleaded with people who send him autograph requests, to do so no more, because he is simply overwhelmed by them all. Apparently, up until now, he has read and responded to the mail that he gets.

I don't know what would drive a person, especially in 2008, other than, say, a fervent Beatle fan, to write to Ringo Starr asking for his autograph, but it reminded me of something I used to do when I was really young, up until maybe my mid-teens. Starting in about 4th or 5th grade, and lasting about two years, a rather large group of kids at St. Ladislaus grammar school would share addresses of TV studios movie and TV stars' agents, and we would mail our autograph requests to them. We were quite successful, actually, in acquiring some publicity photos with stamped autographs on them. Of course, the ones I collected are all gone now, but a couple of the good ones I got were "autographed" cast photos from shows like "Happy Days" and "One Day At A Time."

I branched out into doing the same thing, with various degrees of success, with sports stars. I would walk to the movie (and some sports) memorabilia store at Addison and Central and buy the Sports Collectors Digest, which was a stapled, photocopied-quality guide to the prices of baseball and other sports cards, along with some ads, and they had a small section that actually listed the home (or business) addresses of (mostly retired) sports stars. I would print or type a polite request to the star, then include a card of theirs and a self-addressed envelope and hope for the best.

I actually got a few replies from the maybe a dozen or so requests I sent out. The late Los Angeles Dodgers pitching great Don Drysdale was one who sent my card back, autographed, as was late Chicago Blackhawks great Keith Magnuson. I have their cards around somewhere, and I likely will never sell them. Another autographed card I got was from Chicago White Sox pitcher Wilbur Wood, who was pretty good in his day.

The whole idea of writing (not e-mailing) a letter to someone and asking for their autograph seems like something from a time that has long passed, which is mainly what surprised me about the Ringo Starr announcement. I just can't imagine doing anything like that in this day and age. I mean, who would I send something like that to? (Hmmm, "Dear Anderson Cooper ...")
Posted by james at 11:54 AM 1 comment: Links to this post

No filters. No boundaries. You post it, it's as good as real news. That's how CNN bills its "citizen journalism" site. Last week a "citizen journalist" posted a tip about Apple Computers CEO Steve Jobs being rushed to a hospital after suffering a heart attack. Of course, the "news tip," posted on CNN's Web site by esteemed reporter "Johntw," was untrue, but wasn't found out until it had been picked up, passed around and created such a twitter in the tech and financial circles that Apple stock fell about 10 percent because of this "news."

So, this is the future of journalism?
Posted by james at 11:44 PM No comments: Links to this post 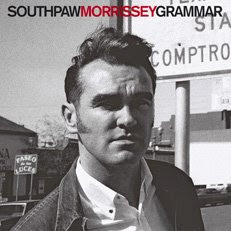 A long time ago, Morrissey mocked those record companies who would "re-issue [and] re-package" the music of one of their artists, merely to squeeze more money from the fans of the artist, who may not even be on the label anymore or who might even be dead and not making new music. For quite awhile I've honored Morrissey's opinion by not giving in and buying any of his CDs that had previously been released (though I have almost every CD single of his -- I haven't replaced all the vinyl Smiths singles I have purchased over the past two decades), but I may give in at this point and buy the next planned re-issue, of his album "Southpaw Grammar."

According to the quasi-official Morrissey site True-to-You (Julia, Julia, why does he love you more than me, Julia?) Southpaw Grammar will be re-released in January 2009, with new artwork and three previously unreleased songs. That's it, I'm in; they've got me. This time.

(The new songs are "Honey You Know Where to Find Me, Fantastic Bird and You Should Have Been Nice To Me.)
Posted by james at 10:44 AM No comments: Links to this post

What better way to follow up the "Godzilla" sushi than with a banana tempura? This is Inari Sushi's dessert which, if you can believe it, tastes better than it looks. It is tempura banana, served with cinnamon gelato, topped with caramel sauce and whipped cream. MMMMMMM... The cinnamon gelato works remarkably well with the banana, and the bottom of it, with the banana, is warm, while of course, the gelato is cold, yet it all works. Oh, does it ever work.
Posted by james at 9:07 PM No comments: Links to this post

My new favourite sushi restaurant is Inari Sushi, on North Avenue, just west of Harlem, in Elmwood Park. Yep, a sushi restaurant over by North and Harlem in Elmwood Park. This plate has a combination of the Godzilla and Hawaiian maki-mono sushis. They were incredible. Later I will post a picture of what I had for dessert.
Posted by james at 9:03 PM No comments: Links to this post